Culinary fashion is changing, and more and more new flavors from different parts of the world are coming to our country, but Poles seem to be resistant to all of them, invariably choosing the classics. For years, our favorite delicacy is a traditional pork chop. What makes our compatriots like this simple dish so much? What is the phenomenon of a pork chop?

Most of us, when asked about the classics of Polish cuisine, would without hesitation start their calculation from a pork chop. There is no denying that this is one of the favorite dishes of a huge part of our countrymen. Although we are more and more willing to try new flavors, and in Poland there are more and more premises with foreign cuisine, we still remain traditionalists. The report “Poland on Plate 2018”, prepared by IQS for the Makro Cash & Carry Polska chain, shows that 79% of Poles prefer Polish cuisine. In turn, research carried out by CBOS showed that our statistical countryman eats as much as 42.5 kg of pork per year – usually in the form of a famous pork chop.

This classic dish has such a significant status in Polish culture that it even has its own holiday – on November 7, we celebrated the Pork Chops’ Day. Interestingly, although today it is difficult to imagine a native cuisine without this dish, in fact it arrived on our tables relatively late. The oldest known Polish cookbooks (such as “Compendium Ferculorum” by Stanisław Czarniecki from 1682 or “The perfect cook” by Wojciech Wielądek from 1786) do not mention it at all, which suggests that this recipe did not exist then or wasn’t popular. For the presence of a pork chop in this type of publications, he had to wait until 1860 – it was then that the recipe for the famous dish was published in the guidebook “365 lunches for five zlotys” by Lucyna Ćwierczakiewiczowa. This means that the impressive popularity of pork chops began only in the nineteenth century. It is worth remembering that earlier pork was treated like cheap, common meat, and only the lower class, who worked physically, liked to eat it.

Another interesting fact is that although today we consider pork chops as “the most Polish” of all Polish dishes, in fact it is simply a polonised version of the popular Viennese schnitzel. As in Poland veal was not widely available, it was replaced by pork creating a new dish. It must be admitted, however, that the origin of the very habit of eating a thinly cut pork chop in breadcrumbs is not fully known. Some say that this solution came to Austria from Italy, but it is difficult to be sure about it.

Although in each home a pork chop is cooked a little differently, there are a few rules that help us get closer to the ideal, which is the original recipe for this dish. First of all, many Poles prepare them without bones, which is a mistake. In fact, the word ‘cutlet’ comes from the word ‘costoletta’, meaning ribs. This means that in order for a piece of meat to be called a chop, it must be connected to the bone (a bone-free piece is a schnitzel). The pork chops, as the name suggests, are made of pork loin. Importantly, they should be fried in lard. Frying in vegetable oil became widespread only during communism, when many products were replaced with cheaper and more available substitutes. To make the pork loin soft and melt in the mouth, you can immerse it in milk before frying it. The meat prepared in this way can be kept in the fridge for several hours (although already broken cutlets do not need so much soaking). After this time, dry the fillets with paper towels, season and then coat in flour, egg and breadcrumbs and fry in a well-warmed fat to a golden color.

Why do Poles love pork chops so much? There is certainly more than one answer to this question. 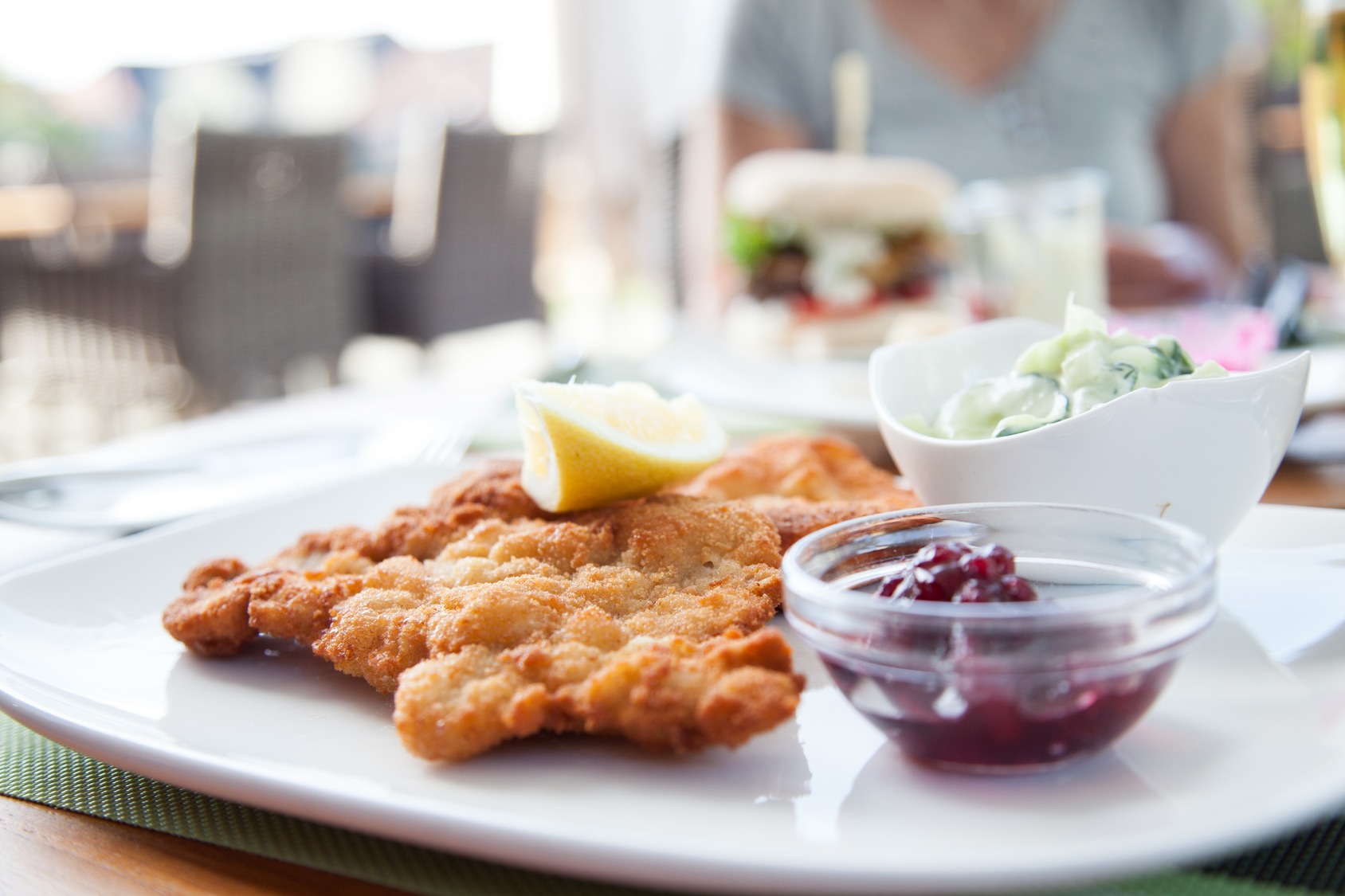 Poles are traditionalists. This is evident not only in the results of surveys on eating habits, but also in our political views and attachment to religion. We like tried-and-tested solutions, we willingly follow various customs and ceremonies. The pork chop is considered an important element of Polish culture, symbolizing the legacy of our ancestors. Many of our compatriots feel a great need to mark their nationality and to cultivate the broadly understood tradition.

Pork chops is a dish that most of us associate with our mother’s or grandma’s Sunday lunch. The flavors of childhood often turn into the so-called “Comfort food”, meaning food evoking positive emotions, associated with carefree and a sense of security characteristic of childhood.

Although frying is not the healthiest method of heat treatment, the pork itself is much more nutritious than it is generally believed.
It has less cholesterol than poultry, it contains a lot of amino acids that our body is unable to produce alone (eg tryptophan and lysine), it is a source of protein, iron and vitamins. If we do not care about the traditional method of making pork chops, we can “make it healthier” a bit, replacing breadcrumbs with ground bran, sunflower seeds, black sesame seeds or linseed.

According to the aforementioned report “Poland on Plate 2018”, as many as 58% of Poles choose their favorite dishes primarily because of the taste. And there is no denying, that what we love the most in a pork chop is simply its unique taste!