Although we boldly reach for exotic dishes from around the world, the favorite flavors of the average Pole are still dishes from the native cuisine. This is confirmed by another studies of preferences – most of us as a favorite dish lists borscht, cabbage stew, tripe or dumplings. What makes these proven solutions so appealing to us? What is the secret of Polish delicacies?

The results of the Omnimas survey conducted among Poles above the age of 15 are clear: when it comes to cuisine, we are traditionalists. 93% of the respondents indicated typically Polish dishes when asked about the favorite dish. Although it is said that our countrymen are enthusiasts of Italian, Oriental or Greek cuisine, in fact gourmets of this type of food are in the minority. What dishes enjoy special sympathy and appreciation?

Although it is considered a typical Polish dish, in fact it came to us from Ukraine and is very popular in many countries of Central and Eastern Europe. However, there is no denying that many of us know this dish from the family house. The basis of this sour soup are beetroot sourdough or seasoned with vinegar. Traditionally, beetroot soup is served as the first dish on Christmas Eve dinner consumed on December 24, although many Poles eat this soup more often. Interestingly, unlike many other delicacies of Polish cuisine, this dish is extremely low in calories – in the not whitened form, without any additives it contains only 36 calories per glass.

Cabbage stew is undoubtedly one of the most characteristic Polish dishes (although it is also eaten in Belarus or Lithuania). Some say its name “bigos in Polish” comes from Latin and literally means “two flavors” (which refers to two types of cabbage used to make it: fresh, white and sauerkraut). The basis of the cabbage stew is cabbage (sometimes only sauerkraut, but usually mixed with fresh) and various types of meat and sausages. In addition, the dish includes mushrooms, dried or smoked plums, onions and spices. The dish should be stewed as long as possible – preferably a few days. During this time you can water cabbage stew with wine (preferably red dry), enrich with honey, tomato concentrate or plum jam. Traditionally, cabbage stew can be served as a hot appetizer or snack, usually accompanied by bread and / or vodka.

Tripe is a dish that appeared on Polish lands around the 14th century and was reportedly one of Władysław Jagiełło’s favorite dishes. Interestingly, although tripe is considered a typical Polish delicacy, in various forms also appear in Austrian, Czech, German, Italian, French and Asian cuisine). Traditionally, this soup is made from pieces of pork, beef or deer stomach (deer, elk or fallow deer) cleaned and cut into thin strips. All four parts of the stomach, that is the reticulum, rumen, psalterium and abomasum, are suitable for tripe. Interestingly, although the tripe is in the lead among the favorite dishes of Poles, the rest of the world does not share these delights. When a few years ago the newspaper “Times” published the results of the plebiscite on the most disgusting dish, Polish tripe found itself in … the first place, overtaking, among others, hakami, i.e. rotten shark meat, monkey brains or larvae in icing.

Stuffed cabbage is a dish consisting of meat stuffing (usually mince pork mixed with rice or kasha and onions) wrapped in white cabbage leaves. In many other countries there are dishes very similar to Polish stuffed cabbage. “Their own” stuffed cabbage is prepared by Ukrainians, Belarussians, Lithuanians, Czechs, Slovaks, Americans, Swedes, Greeks and Finns.

Sour rye soup is a soup prepared from sour rye flour with various additives. There are known versions with the stock of bones and vegetables, whitened with cream, seasoned with dried mushrooms, sausage, bacon, ribs, white sausage and boiled egg. The name “żur” comes from the German word “saure:” meaning “sour”.

The pork chop is considered one of the most characteristic dishes of traditional Polish cuisine, although in reality it appeared in our land only in the 19th century. It is prepared by whipping the slices of pork with a pestle, breading in flour, egg and breadcrumbs, and then frying them in hot oil or lard. In general, the cutlets are served with boiled potatoes and fried cabbage or salad.

Dumplings is a dish that is very popular not only among Poles, but also among tourists visiting our country. The dish consists of thin, flexible pieces of dough filled with various types of stuffing, and then cooked in water. The concept for this type of dish comes from China, and came to Poland in the 13th century. In our country, the most popular are dumplings with curd and potato stuffing, with meat and with sour cabbage and mushrooms. 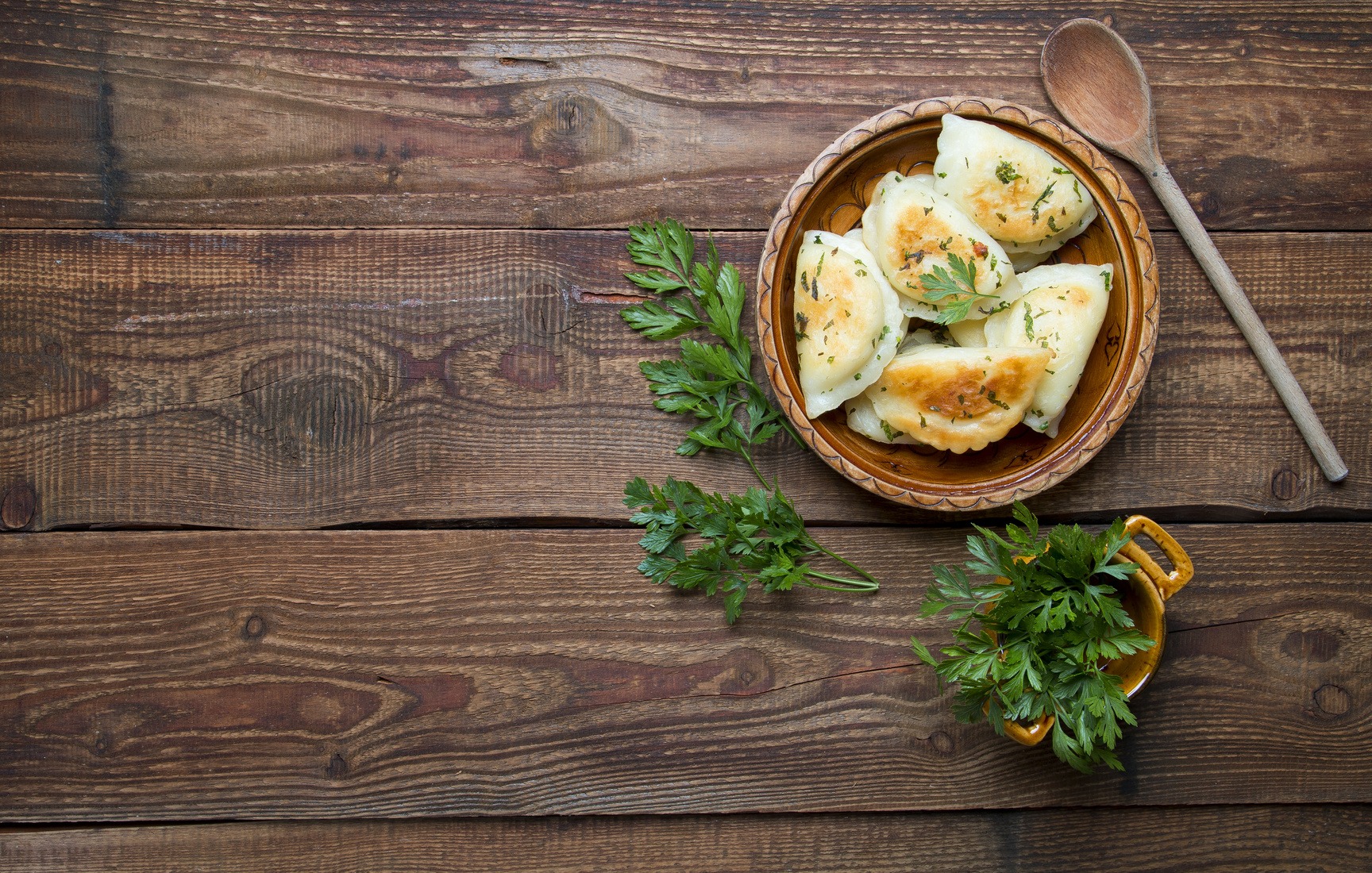